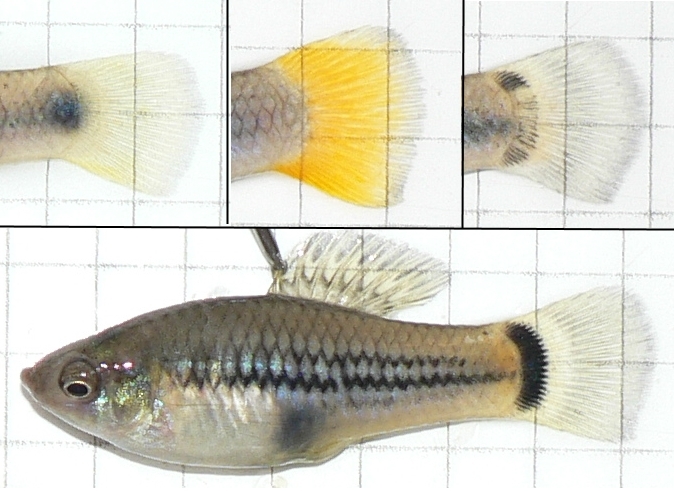 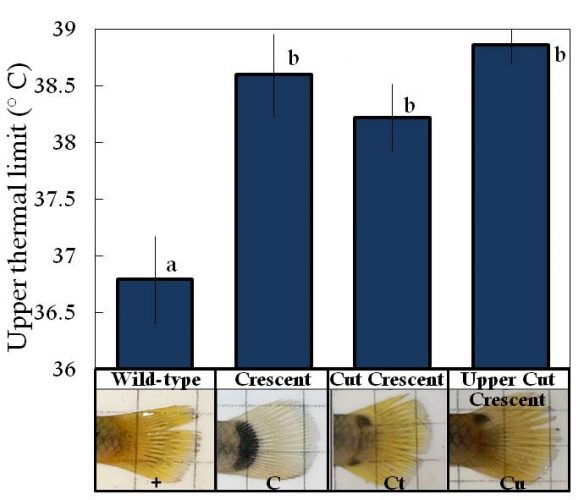 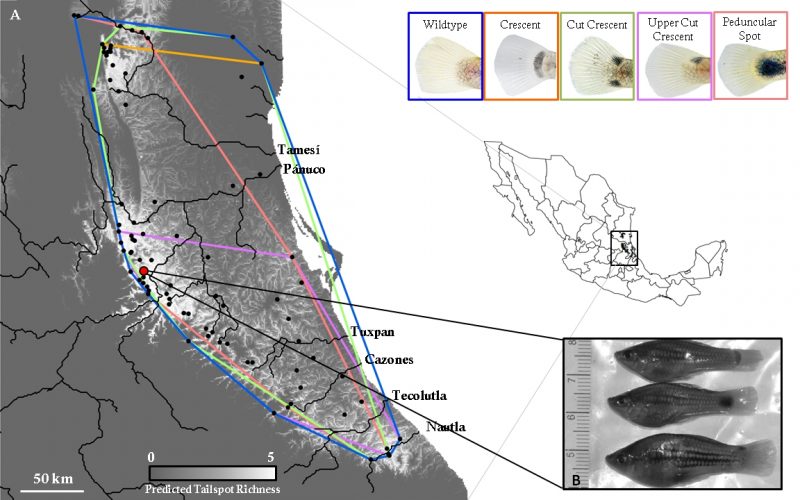 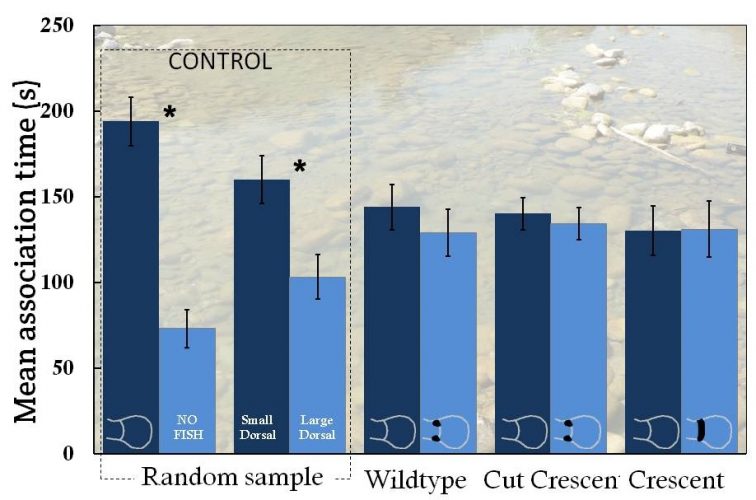 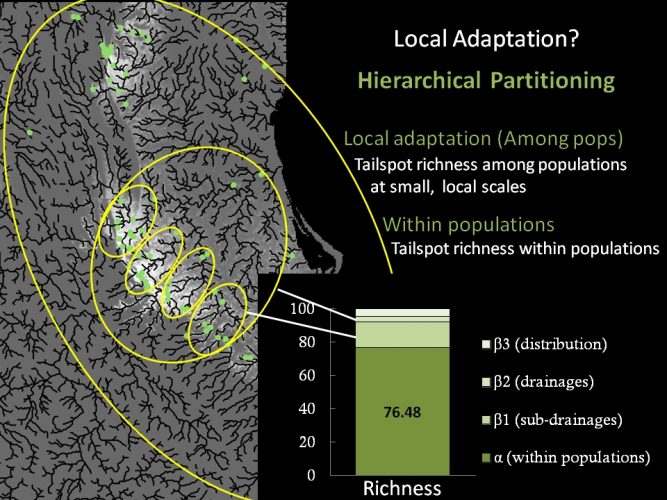 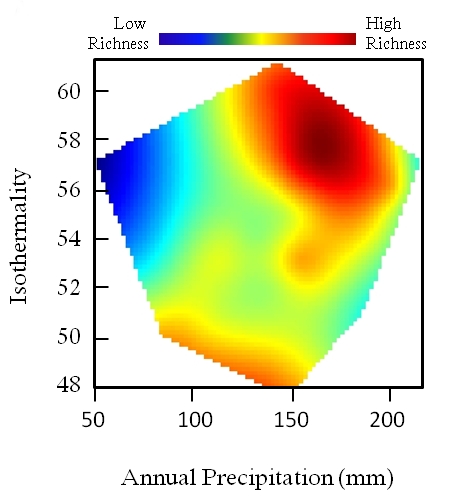 Genetic variation is the substrate of evolution. While several now classic studies and many other examples of local adaptation have taught us a lot about the maintenance of genetic variation among populations, the mechanisms that maintain adaptive polymorphism within populations remains an important question.

Xiphophorus variatus has an interesting polymorphism in pigmentation called “tailspots”.  This polymorphism is interesting because individuals from the same population that differ in a single allele not only have different tailspot patterns but also differ in physiological response to environmental stressors.  Research on X. variatus has including, testing female mate choice, male-male aggression, ecological modeling, and physiological assays.